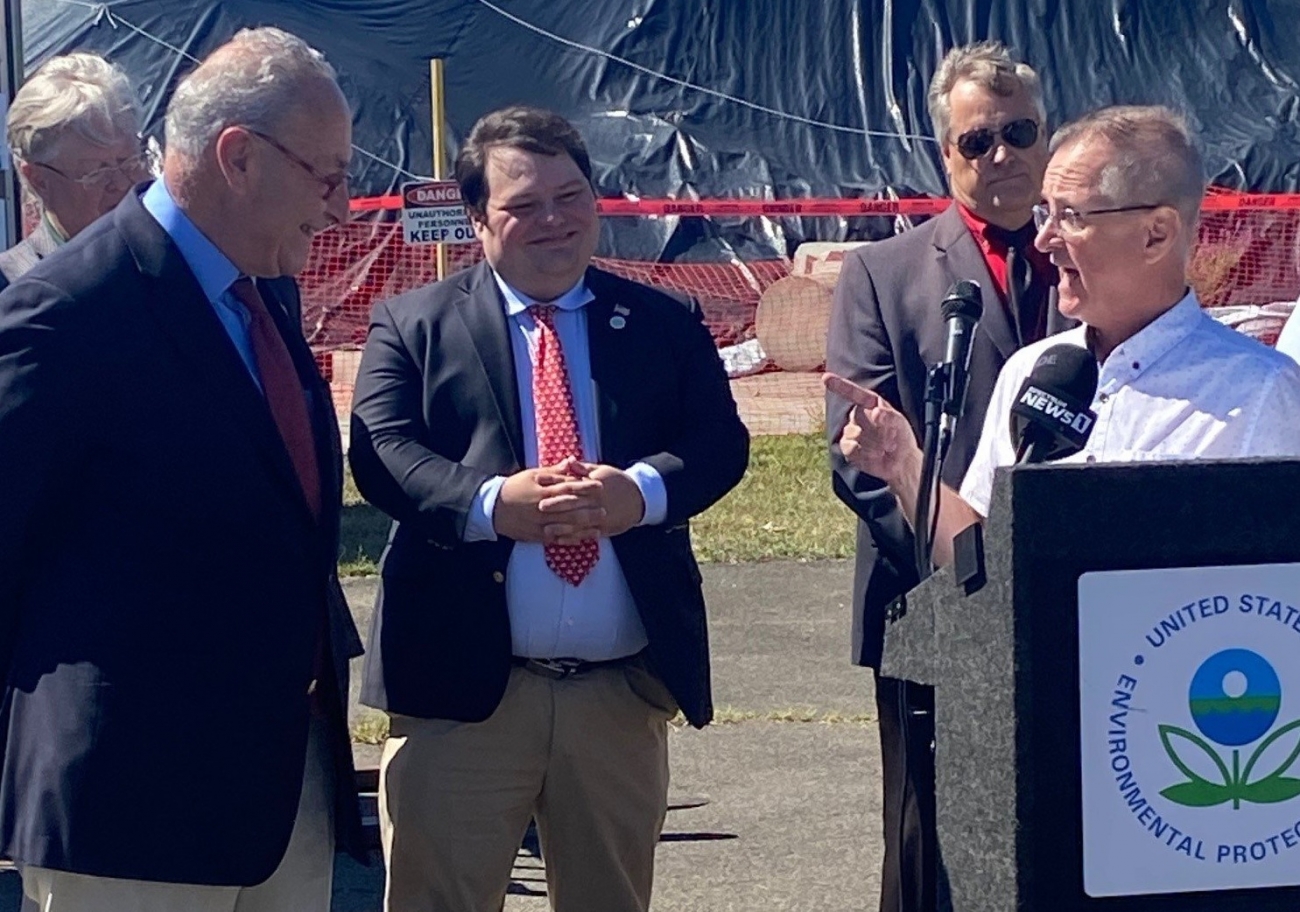 On the heels of passing the largest investment ever in clean energy, U.S. Senate Majority Leader Charles E. Schumer today announced, that following his direct appeal, Zinc8, a leader in cutting-edge battery and energy storage technology has officially signed a letter of intent to make Ulster County’s former TechCity campus, now known as iPark87, the home of its first major manufacturing hub as the company looks towards commercialization.

The senator has worked non-stop to expand federal investment for American manufacturing, including for critical clean energy products like batteries, and on top of his personally advocacy, the federal clean technology manufacturing incentives he passed into law in the bipartisan Infrastructure Investment and Jobs Law as well as further incentives included in the Senate-passed Inflation Reduction Act were a key factor in Zinc8 announcing its intention to come to Ulster County.

Schumer explained that with Zinc8 as one of iPark87’s anchor tenants, the Hudson Valley could see up to 500 new, good-paying clean energy jobs, the perfect start to a new chapter as the Environmental Protection Agency (EPA) and iPark87 officially kickoff their cleanup efforts of the pollution-ridden site, transforming the campus and creating a national success story for a cleaner environmental future.